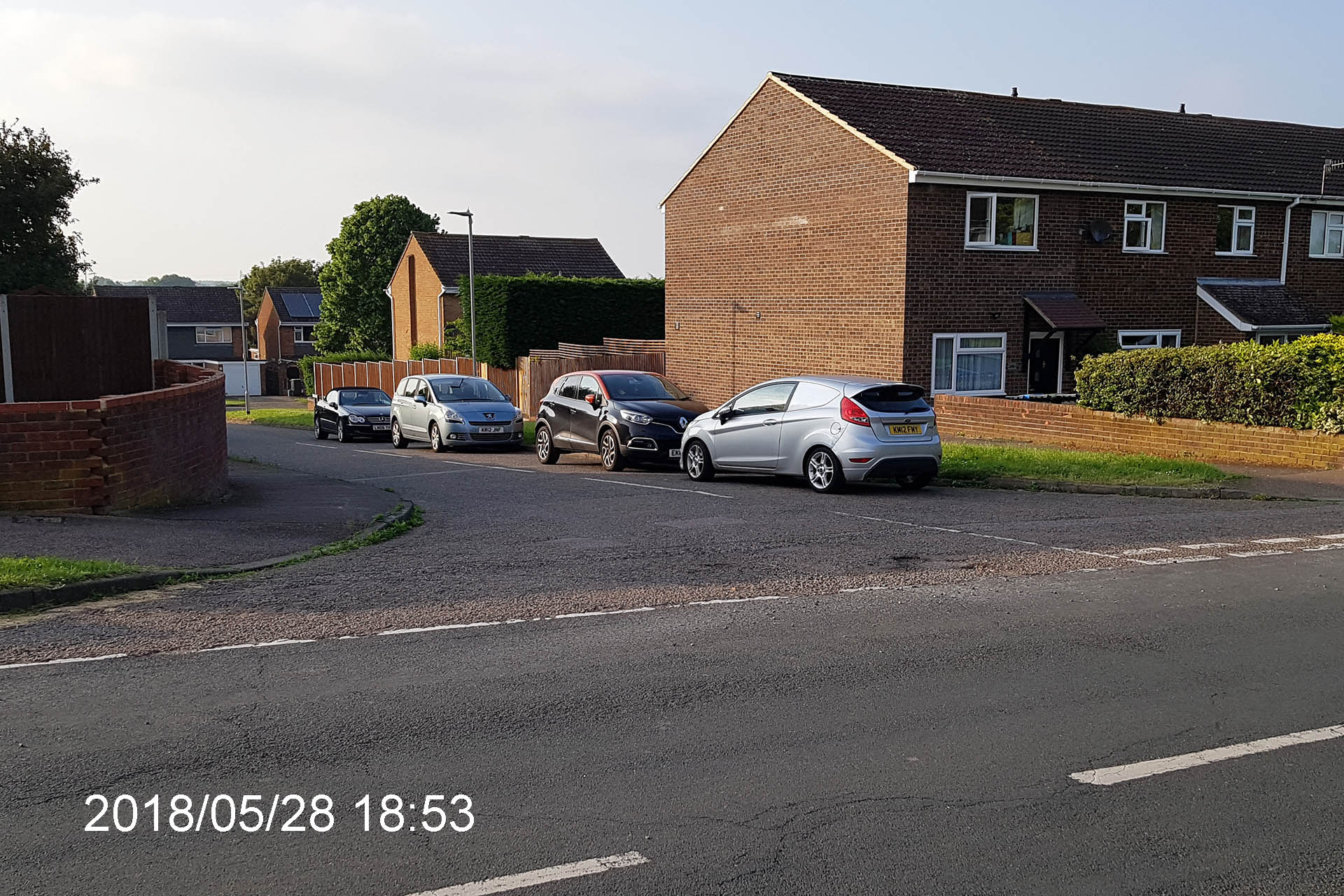 Pictured above are several cars parked up in Old Maple. Drivers coming out of Wootton Drive risk a collision with cars turning left into Old Maple as they are forced to drive on the other side of the road.

Okay, so parking has become a problem everywhere. I don't mean everywhere in Grovehill. I mean everywhere nationally. Various councils including DBC, have had verge-hardening schemes for some years. While such schemes have helped in some areas, it's very difficult to keep up. Children live at home with parents a lot longer now-a-days, due to higher property prices. We're all expected to travel to work and quite honestly, estates that were designed fifty or sixty years ago, simply can't cope with the increased demand for parking. Garages that were built in the sixties and seventies weren't designed for modern cars and are often just too small.

BUT... does this mean that we drivers have no option other than to be stupid, selfish and inconsiderate?!?!? I'd like to think not.

There have been reports of cars being parked across driveways preventing the car on the driveway from exiting. We've even heard of an ambulance being seriously delayed in attending an emergency due to inconsiderate parking. It's not at all uncommon to find cars and vans parked in the central driveway of Henry Wells Square forcing others to drive around them, despite the fact that there may be many vacant parking spaces. What the hell?!?!?

Yes, it's difficult. Yes, we'd all like to park outside (or as close to) our home, as possible. But things have changed and we all need to be aware of the consequences of mindless parking.