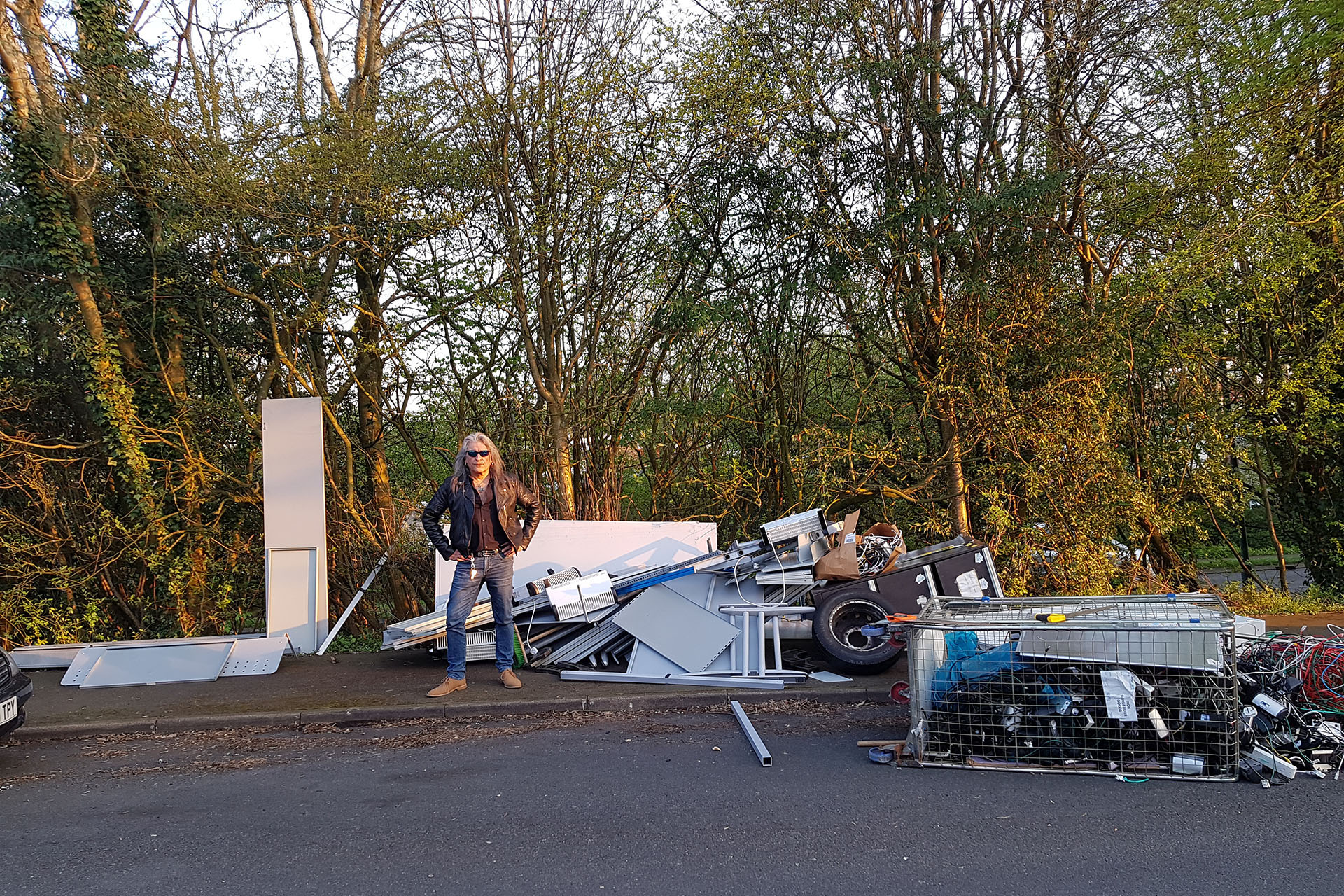 Thursday 11th April; Alex, Julie and Goverdhan were out meeting with residents. Julie received a call from a resident in Marlborough Rise concerned about a fly-tip in that road. Alex and Goverdhan attended within a few minutes and couldn’t believe what they saw.

This was blatantly an office clear-out with filing cabinets, server cabinets, mains distribution and networking cables not just on the pavement but in the road.

The incident was immediately reported and a massive THANK YOU to the police for clearing the road and Craig Thorpe and his team at the Cupid Green depot of Dacorum Borough Council for getting this cleared up so quickly. 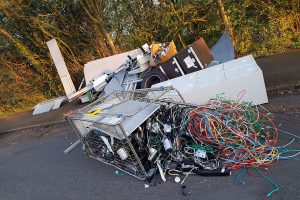 In fact it wasn’t just your councillors who called this in but another resident called the police after noting the registration number of the white box van that was parked up in the area and which is believed to have been carrying all this stuff before it was dumped. So while no evidence was found in amongst the dumped items, the police and DBC do have a lead.

In the meantime... If anyone recognises this stuff or has any information regarding the origin of it or even the perpetrators who dumped it, please don’t hesitate to contact us. If you’d prefer to remain anonymous, then we’ll respect that.

If you’re not sure about a vehicle parked up near you, then just report it to the police on 101. Of course it would be helpful if you could provide a description and a registration number.

“We’ve dealt with a few fly-tips over the years but I’ve never seen anything like this. We understand that it happened between 2:00 and 4:00 in the afternoon which is particularly concerning as the people who did obviously aren’t too concerned about being noticed. The fact that no evidence pertaining to the origins of the items was found, suggests that the perpetrators are quite aware that DBC does go through a fly-tip looking for clues as to its origin.

It’s such a shame that there are people out there that demonstrate such complete and utter disregard for the environment and other residents. Together however, we can beat them.