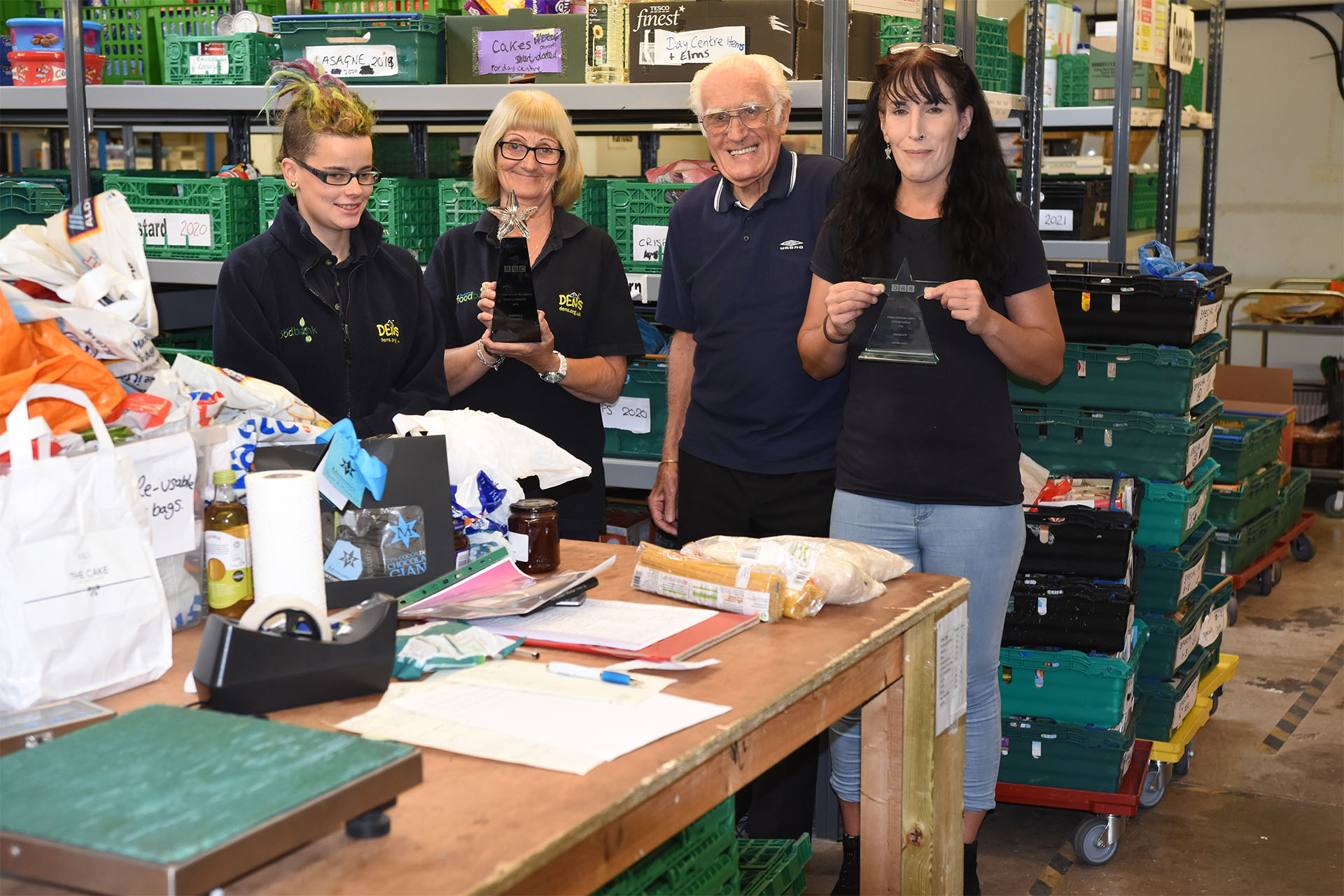 On the evening of Wednesday 25th September 2019, local Grovehill resident, Derek Baulch was awarded the Overall Winner, BBC Three Counties Peoples Award for his relentless work at the Dens Food Bank on the Paradise Park in Hemel Hempstead.

Pictured above with some of his co-volunteers, Derek says that the award really goes to the whole team. Such humility is obviously one of the reasons he was nominated in the first place!

Derek pays tribute to the other fifty or so people who were nominated with him and was pleased to know that so many people are doing good things in the area, for no reward.