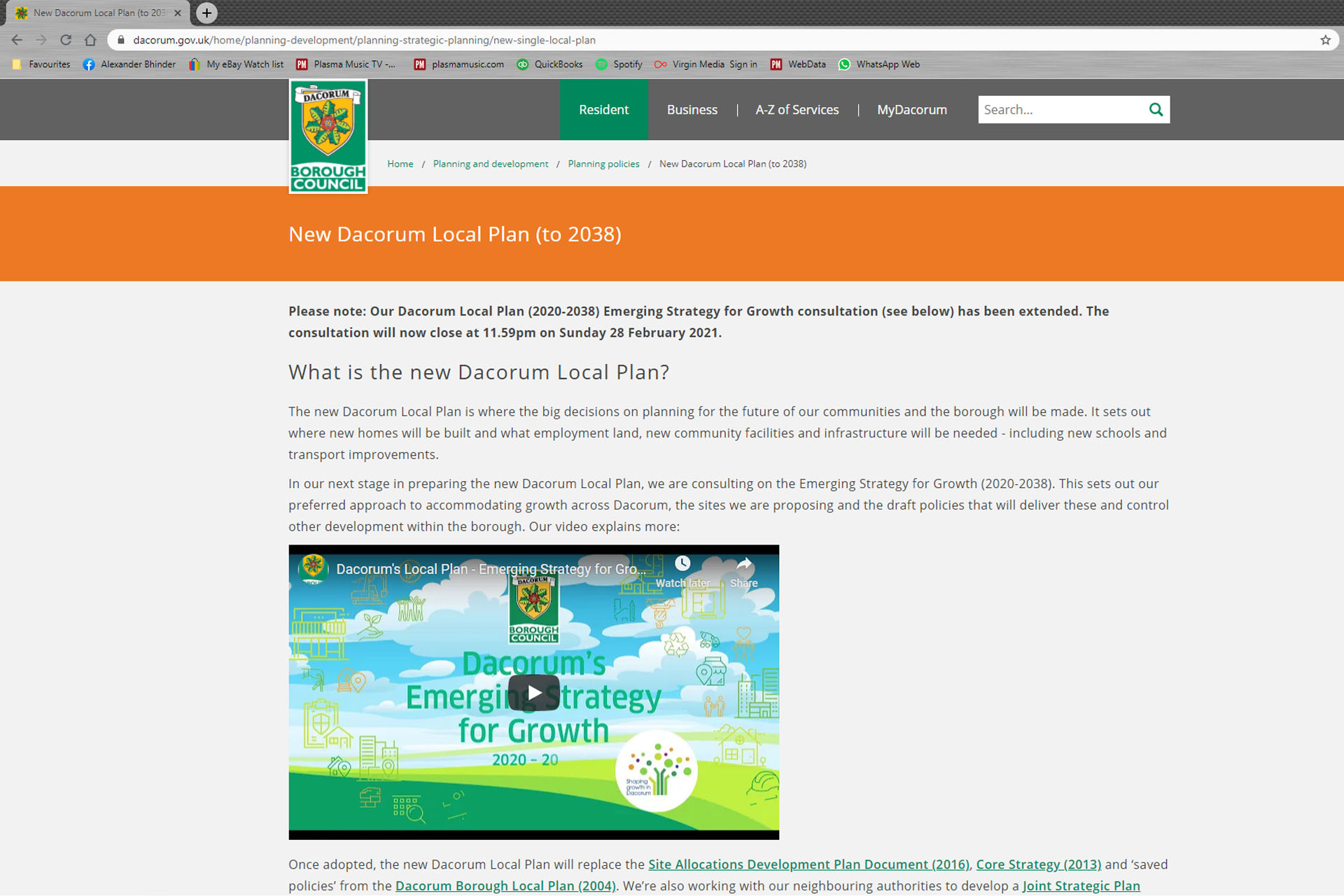 At the full council meeting at the beginning of December 2020, there was considerable concern expressed by members as well as the public, regarding the launch of the public consultation on the Dacorum Local Plan.

Being in the middle of a pandemic and hence the inability for the council to provide walk-in public exhibitions at community centres for example, the timing of the launch was criticised. It was also pointed out that the pandemic is providing a considerable distraction to thousands of residents and perhaps a public consultation would be the last thing on peoples' minds.

Cllr. Andrew Williams responded, standing by the consultation launch schedule and requesting that as many people take part as possible. His argument was that by gathering the views of residents, such data could be used to provide evidence not to develop to the extent that the government is demanding.

Appreciating the leader of the council's argument, it is paramount that as many residents take part in tis public consultation on the Dacorum local plan, as possible. Hence, if you want to have your say, please start here:

In your response, you may like to consider the following: