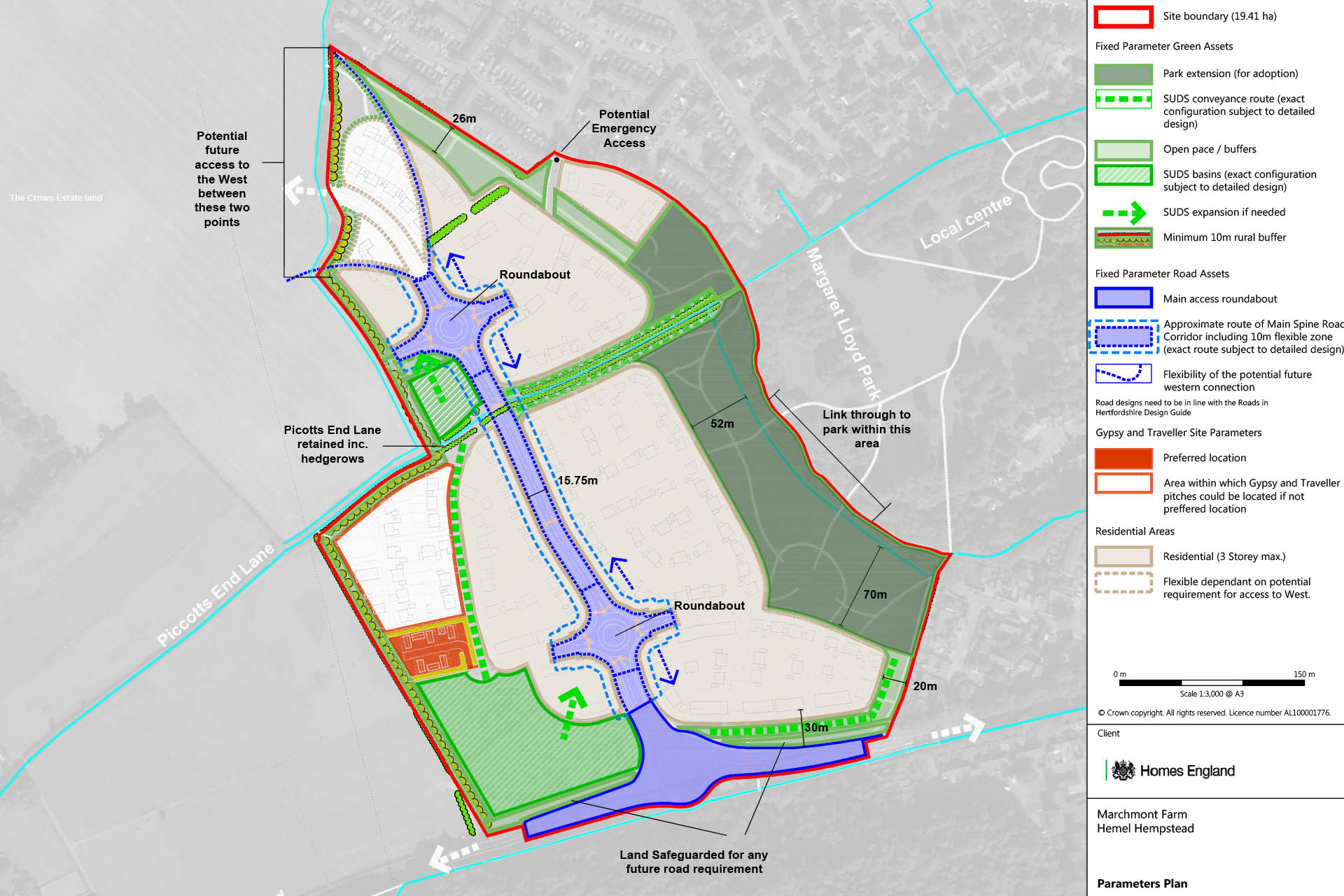 Dacorum Borough Council has received an application to build on the land known as LA-1 which is situated at the top of Marchmont Fields.

Alex says: “The first Core Strategy document I saw back in 2008 quoted 290 dwellings for LA-1. This application is for 350 dwellings, more than 20% of the original figure. While I appreciate the need for more housing in the area, I’m concerned that figures keep on changing and only seem to go in one direction.

In over a decade, I feel that the social environment has changed considerably and with it, the requirement for the gypsy and traveller pitches should now perhaps be questioned. On top of that and despite numerous requests, no one has been able to offer me information pertaining to an example anywhere else in the country, where this type of development has proved successful. As such, I and my co-councillors, Julie and Goverdhan, will not be supporting the inclusion of gypsy and traveller pitches on the LA-1 site.”

Alex, Julie and Goverdhan are also insistent that the Grovehill Future Neighbourhood Plan be integral to any review process. On-line, we notice that the application includes two and three-story properties Yet the neighbourhood plan
mentions that no dwellings should exceed two-stories.

Dacorum Borough Council has an excellent track record of using so called brown-field sites (sites that have been previously built on) for future developments. Demands are such however, that local authorities are being forced to
consider all options. Unfortunately some of those options may compromise the beautiful open space that we’re all used to.

!!! IMPORTANT !!! - We urge all residents to voice their comments via the DBC website. Please don’t be complacent about this. Oh and one more thing; try to be objective and more pragmatic with your comments. With the criteria for what will be seriously considered, seemingly changing all the time, I’m not sure if subjective comments will be duly noted.

The planning application summary on DBC's website can be found here.