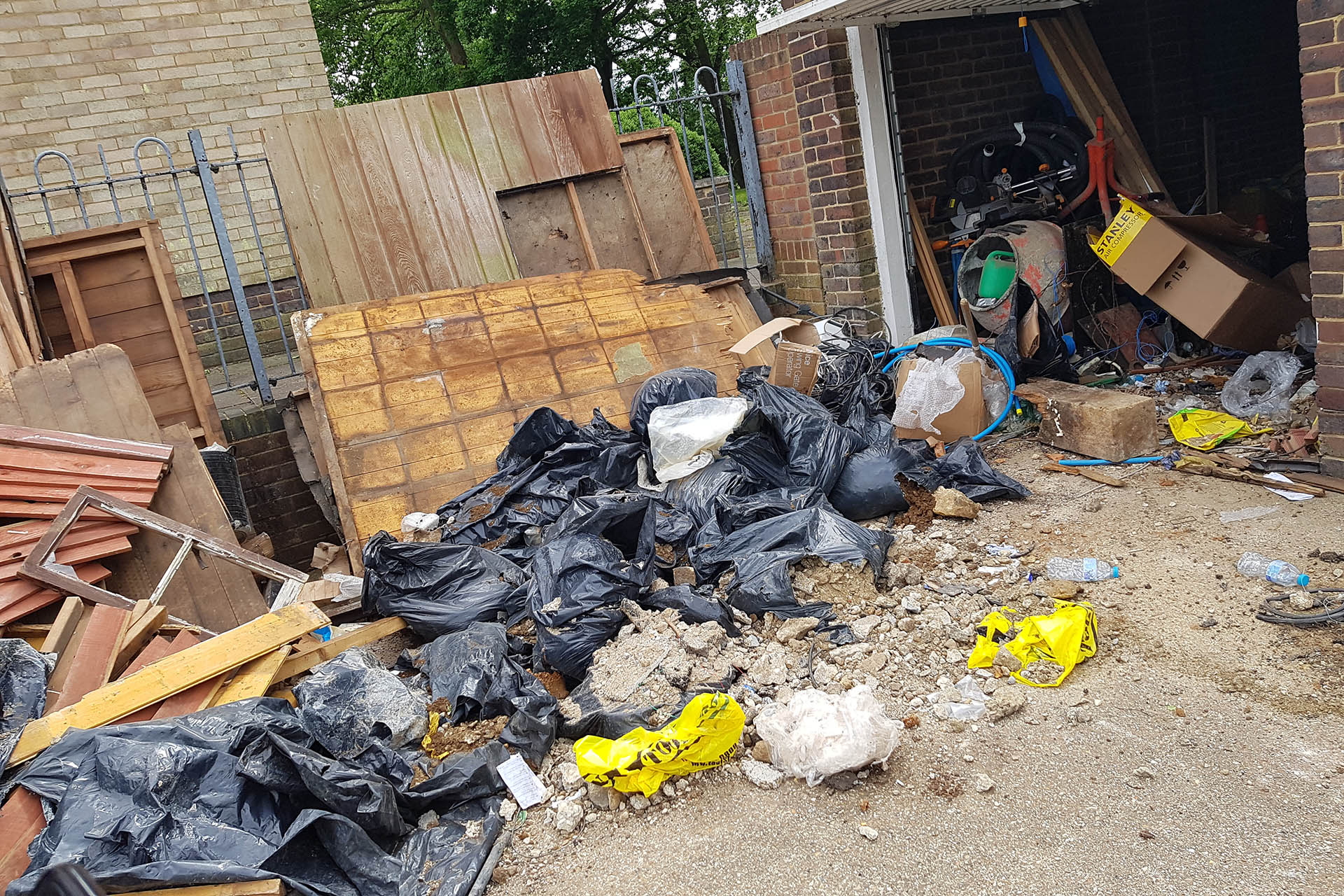 Mid afternoon 30th May, Alex receives a call from a concerned resident as, what looked like garden waste , had been strewn across the garage block at the top of Craigavon Road. With complete and utter disregard to residents, specifically garage owners, several garages weren’t even accessible, forcing residents to clear up a lot of the rubbish themselves.

Many thanks to residents who reported the incident, took details of the perpetrators and who helped clear the area, to DBC enforcement officer, ‘Chris’ for attending the scene so quickly and to the occupier of the garage in question for supplying details of the couple of guys he’d paid to clear his garage and who not only created the mess but also stole some of his tools and equipment. 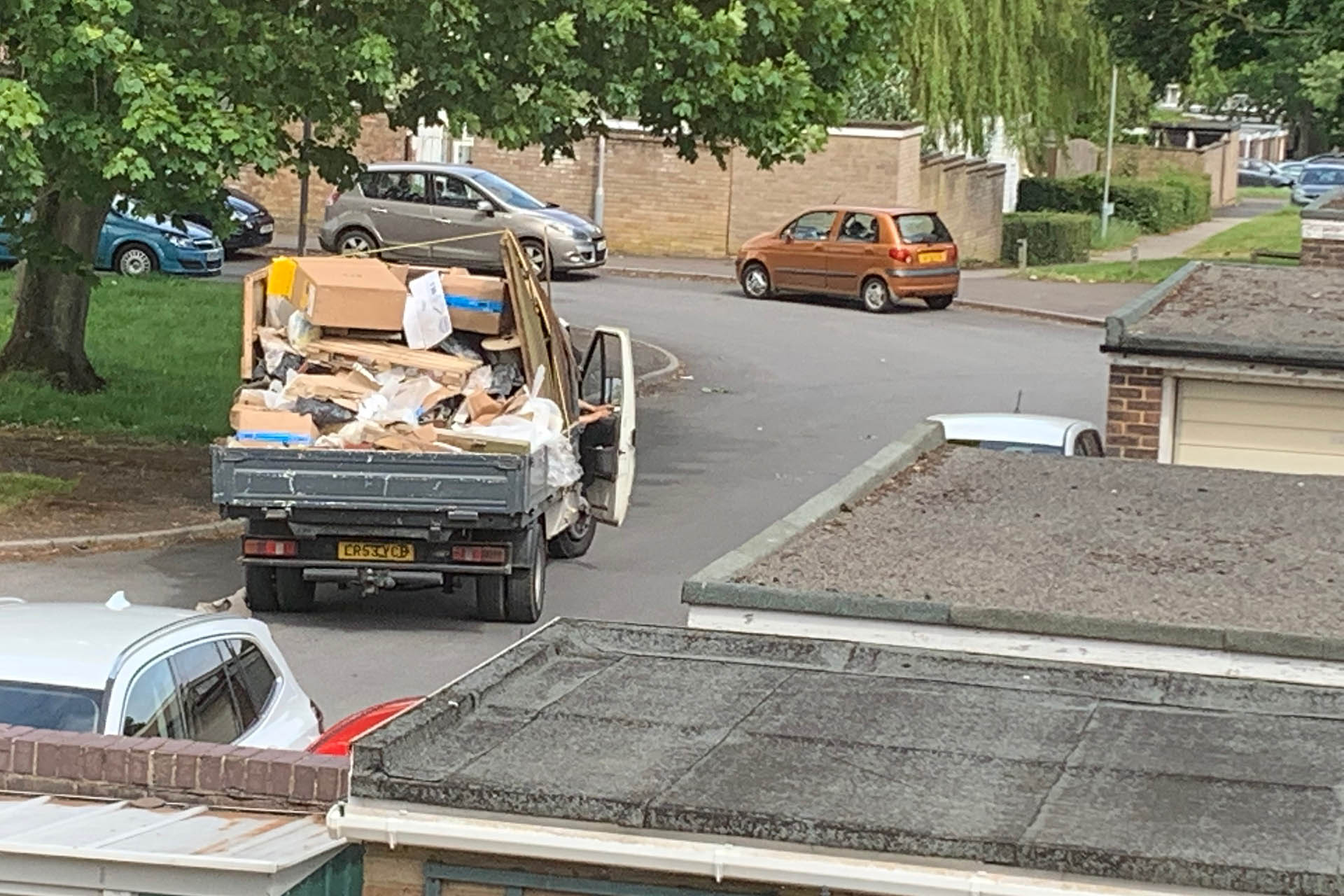 Above is a snap taken as the fly-tippers as they make their exit. The number plate of the truck is LR53 YCB.

The perpetrators are described as two young white males with English accents, of slim build, medium height and with short cut hair.