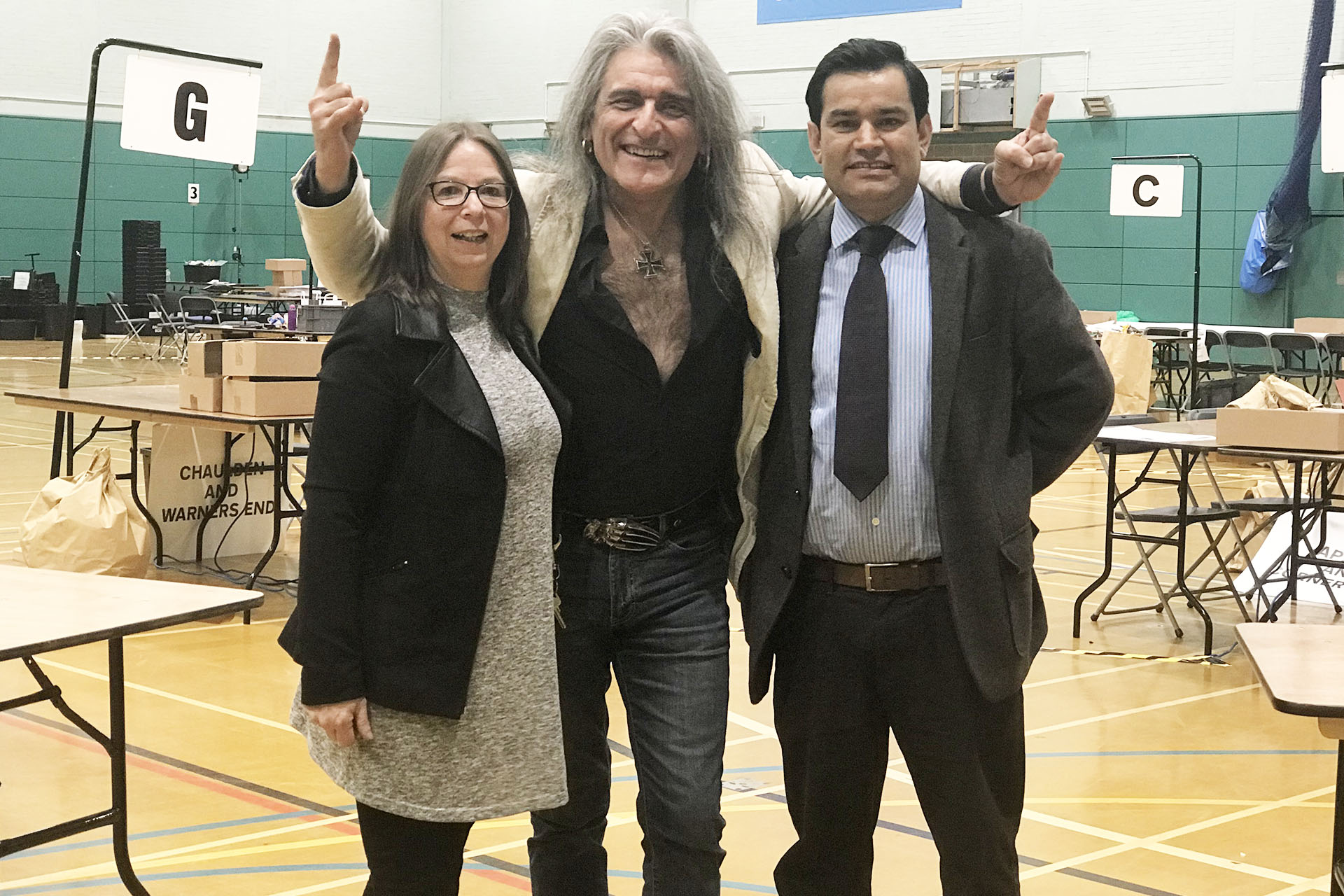 Winning an election is a humbling experience at the best of times. People voting for you to represent their community is a very unique thing. With the current political climate and so many people feeling fed up and quite despondent at what’s going on nationally, it’s incredibly reassuring that the same people put their community first and thought carefully about voting in the recent local elections, here in Grovehill. 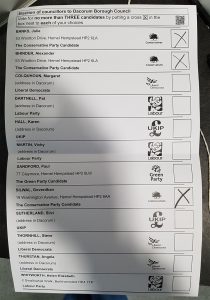 Alex says "I enter my fourth term with an overwhelming sense of humility and hope that Julie, Goverdhan and I have the strength to carry on delivering for Grovehill.

In 2015, we had a national election at the same time as local elections. The percentage Conservative vote in Grovehill then was 53.8%. The turn out was just over 60% compared to about 29% this time around. To retain such a close percentage share of the vote at a time when anything to do with politics makes most of us cringe, is truly remarkable and we sincerely thank residents for their support.”

Julie says “We consistently heard the same comments of frustration and annoyance while we canvassed during the weeks leading up to the election and this time around we can only be particularly grateful to Grovehill residents for their continued support and for focusing locally rather than being distracted by the national picture.”

Goverdhan says "We're delighted that yet again, we have the confidence of our community and we can't wait to get stuck back into things.”

Over the past few weeks, we’ve had some amazing feedback from residents. With many expressing satisfaction with what we’re doing in Grovehill, we also have a long list of ward issues to pick up on and some excellent ideas. Many thanks to one resident of Marlborough Rise for example, for suggesting the erection of an acoustic wall between the Marlborough Rise estate and the Link Road. This one’s quite ambitious but we’ll certainly be following it up." 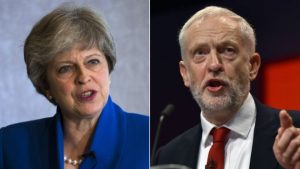 A final word from Alex... "Westminster and the press need to stop reinforcing the lines that divide us as a nation. In fact we all need to stop referring to each other as remainers and leavers, left-wing, right-wing and so on. It's old hat and people have had enough. While canvassing, we met residents of various political persuasions but there's one thing we all have in common and that's a desire to bring the nation together again.

With both main parties taking such a hammering, with the message being quite clear, let's hope that Mrs. May and Mr. Corbyn have the wisdom to act on the frustration of the nation."

The table below shows results of the local election for Grovehill in 2015.

Turnout = 60.39%. Joint national and local elections may be responsible for higher turnout.

IMPORTANT: The figure in the tables above showing the total number of votes is NOT the number of people who voted.

Remember that Grovehill is a 3-councillor ward which means that in a local election, each voter can vote for up to three candidates. Most voters did indeed vote for three candidates but some voted for only one or two.

For election results on the rest of Dacorum, please click here.