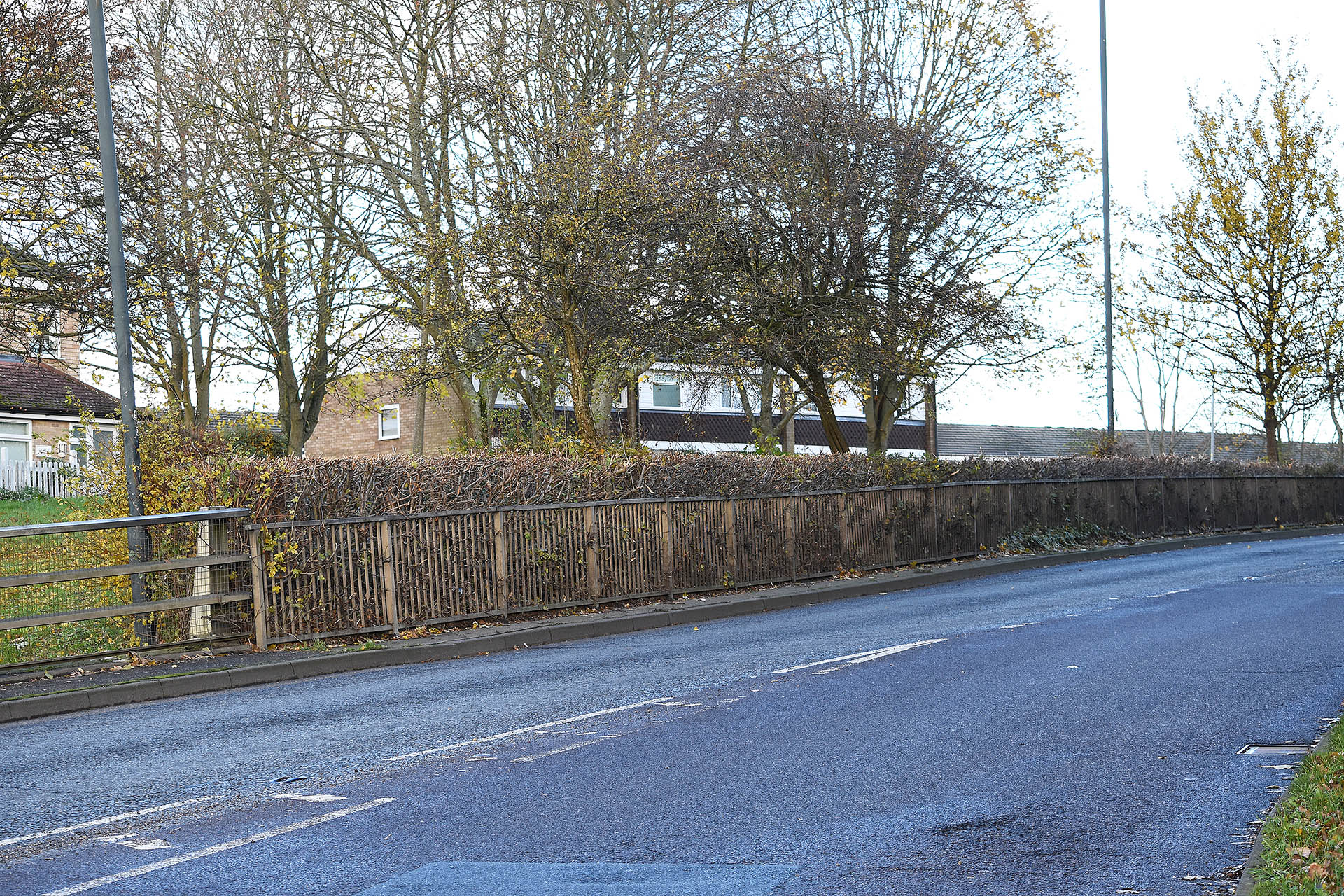 In September we reported that residents in Crawley Drive had approached local councillors asking if it was possible to leave the hedge row that separates Crawley Drive and Link Road, to grow. Apart from hiding the traffic, it was thought that the environment would allow wildlife to flourish.

Alex and Julie in particular thought that this was a great idea and that it would be relatively easy to get Dacorum Borough Council to leave the hedge row to do its own thing.

Unfortunately that wasn't the case. Alex and residents were shocked on 12th November when they saw a tractor driving up Link Road, cutting the hedge right back. Alex approached DBC for an explanation and to discuss a way forward.

On 9th December, Alex met council officers at the site. Some issues were highlighted such as traffic visibility of road signs and the fact that the hedge could not be allowed to grow into the road.

After some discussion, it was agreed that DBC would indeed allow the hedge to grow so as to at least obscure the traffic along Link Road. There would have to be some thinning so that the Green Safe and Clean team could access the hedge up to the actual fence, allowing maintenance from the Crawley Drive side of the hedge.

It was also agreed that the grass close to the hedge would be allowed to grow and that wild flowers would be encouraged to take.

Residents had also asked if it was possible to plant trees on the green. The land however, doesn't actually belong to DBC and comes under Hertfordshire County Council. This makes management and decision making a little more complicated. Dacorum Borough Council however, is committed to tree planting, something that again, Julie and Alex very much support.

"This is a great space and with resident support, it would be quite foolish not to take advantage of the opportunity here." Says Alex.

Julie is looking into Section 106 money; funds given to the community by developers. Residents themselves have even offered to help contribute financially.

"I'm sure we're going to get trees here. We just need to work out how we're actually going to do it. Maintenance and light need to be considered but at £350 each, I think it's quite doable." Continues Alex.